I had a day off work a few days ago and decided to make it a day of new things.

In doing so, I went to two new movies and a new restaurant. I also went to Wise Guys Sandwich Pub on Bagnell Dam Strip. I also went to see both Miss Peregrine’s Home for Peculiar Children and The Magnificent Seven.

It was a good day.

I also bought a body pillow to feel like I am getting cuddled.

Don’t you judge me!

If you have been paying attention or are the two people what read every Chop’s Guide, you will notice that I have used almost that exact same opening in my last three posts.

And all three posts were derived from the same glorious day, so why not use the same intro… I really like my body pillow and you shouldn’t judge me!

I have been interested in going to Wise Guys Sandwich pub for a long time, much like any restaurant I have not been to yet.

But it was deeper, there was more longing for Wise Guys.

Because Wise Guys may have a Cuban Sandwich on their menu.

It is very rare that I find a Cuban anywhere, the last time being a truck stop somewhere in Ohio.

And their Cuban was shit… they put onions and peppers on the motherfucker.

A Cuban Sandwich is Pork Shoulder, Ham, Cheese, Pickles, Spicy Mustard and Bread… sometimes when I am wild I will get Sauerkraut on it but Peppers and Onions?!

I get up early, get all prettified and head over to Wise Guys which is located right behind Lake Ozark Barber Co.

I have never been to Wise Guys before because I work nights and generally hate waking up early.

Upon walking into this establishment it reminded me of  a joint from the 30’s all wood, basic but nice.

I am starting to regret my decision.

Anyone who goes out to eat with me probably hates me for the fact that not only am I particular about where I sit (preferably back corner facing the door near an exit) but I hate both high chairs and booths.

I generally hate high chairs because I can never get comfortable unless the table itself has a place to rest your feet, it is an absolute pain in the dick to scoot close to the table because when sitting your feet don’t touch the ground and when standing you are in the way of the chair, also I am past my infancy so I no longer need one.

As for booths, being a tubby bastard they can be confining and I rarely (read never) go on dates so they are mostly useless.

For me, normal, feet on the ground, chairs are where it’s at so I was a little disheartened to see none inside Wise Guys but they still may have Cuban Sandwich so I decide to suck it up, pick the high chair in the back corner facing the door and got my trying not to starve out on.

I ordered the sweet tea, got it and had a sip. I was not bad but I think it may have been machine made rather than brewed but I could be wrong.

The waitress tells me that the special for the day is a Bacon Cheese Burger with an Egg on it.

I love egg on my burgers but I am here for a Cuban.

So I opt to look at the menu.

Story of my life, there is no Cuban.

After much deliberation, because several sandwiches on this menu look pretty snazztastic, I decide on the special.

A very short time later it come out.

A good sized burger, homemade chips and a pickle spear.

The chips are good and crunchy, they look to either have cayenne or paprika lightly powdered on them. They are just this side of burnt which is awesome and are even better with a little ketchup and mustard.

The burger has a hole cut in the center inside of which, rests the egg. The burger is splendid and with every bite, I had a bite of the pickle.

The bacon was crisp, the burger was juicy, bread was fresh, cheese could have been just a little more but it was enough.

The only drawback for me, which is partially my fault because I assumed it would be, was the egg was not runny, it was cooked through.

Part of the joy of an egg on a burger for me is soaking up the yolk in the bread with each bite.

But overall, it was a very good experience foodwise.

I mentioned the fact that I was broken-hearted that they did not have a Cuban Sandwich on the menu on FaceBook and Wise Guys wrote me back and said that they sometimes run them as specials and anytime I come out, if I ask for one, I can get one!

Now I have to find a way to wake up early to go back.

Or I have to find a place they can stash prepaid sandwiches for me around the dam until I get to work.

Fuck, I want a Cuban.

Below is a video and recipe from The Food Network if you want to make your own Cuban Sandwiches.

Begin by braising the pork shoulder. Tie the shoulder in 4 places with kitchen twine so it will hold its shape while being cooked or ask your butcher to do this for you. Season the pork with salt, pepper, cumin and oregano. Set the base of a pressure cooker over low-medium heat and add a 2 count of olive oil.

Add garlic and chili flakes and as the oil heats up it will become fragrant and infuse the oil. Add the pork. Add onions around the pork and brown slightly before adding orange juice, lime juice, stock and bay leaves.

Secure the lid of the pressure cooker and cook for 20 to 25 minutes depending on the size of your pressure cooker. The pork should be tender when done. When done allow to cool in juices before removing twine and slicing.

To prepare Cuban sandwiches, split bread in half then layer the sandwich with mustard, cheese, pickles, ham, pork then cheese again (the cheese glues everything together). Season with salt and pepper in between the ham and pork layers. (Optional: drizzle a little of the pork braising liquid over the meat as well).

To cook, heat a large cast iron skillet or grill pan over medium heat and lightly coat with olive oil. Place the sandwiches on the skillet and top with another heavy skillet and a couple of heavy weights (bricks, or cans of tomatoes work well). Press down firmly and cook for 5 to 7 minutes per side until the sandwich has compressed to about a third of its original size and the bread is super-crispy. Serve with beans, rice and plantain chips. 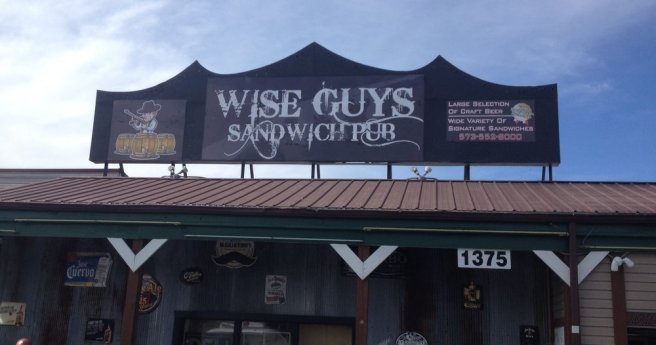