He stands on the stage, she dries and powders his face. He can’t look bad on the camera. It’s the third take of the same song from a professional artist, they have to get it right before it hits the television screens across the nation tomorrow night.

Less than a block away, National Guard members with possible live rounds chambered guard the entrance to where some that lost most if not all of what they owned in the historic floods plaguing Louisiana. The storms would later be falsely identified as a hurricane during the telethon, bringing back memories of Katrina which would, in turn, open the wallets of those enjoying the show from their couches, eating the buttered popcorn they just pulled out of their functioning microwave.

After four takes of three different songs, he feels comfortable with what will be presented. It’s all about the right angle, the right sound, the right look. The American look of caring, a quick shot of perfection and moving on with life. A quick credit card donation and once the telethon is over, it’s on to the local news and whoever has a night show these days.

It’s lunch time now, and the workers slip off to the catered meal, one of three provided each day. They will enjoy warming trays overflowing with fresh shrimp fettuccine, lasagna, twice baked mashed potatoes, and three different types of cake. Grab a cold Coke or Sprite, or pour you a cup of gourmet coffee to wash down today’s bounty. Leave the empty plates on the table, someone will be by to clean up.

Less than a stone’s throw from the crowded tables sits the Red Cross flood survivors, taking a plate of a few chicken nuggets and a half a scoop of canned green beans. Less than an hour drive away the Cajun Navy has turned into the Cajun Army and continue to help clear houses of damp sheetrock and debris, calm crying kids, grill a much-needed hamburger for those trying to piece their lives back together. Some take donations of cleaning supplies and bleach and laundry detergent and distribute them to those in need. Tomorrow night, a telethon will air to benefit them, but they will not see it. They will be busy cleaning and getting ready for a contractor to come in and turn what once was a home into a home again. Those in the Greater Baton Rouge area will continue to assist others in need, continue to pile waterlogged debris on the side of the road, continue to rebuild the world around them. 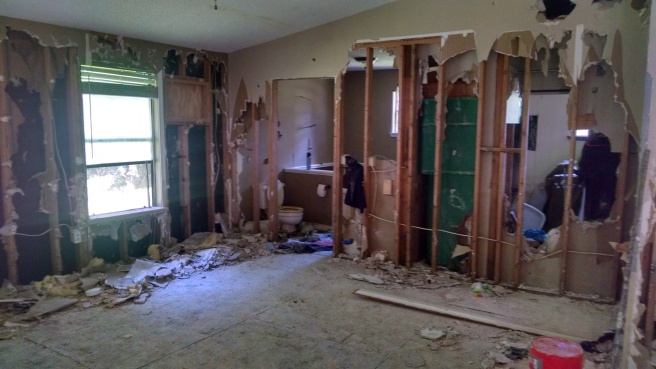 A few walking the dressing room halls at the auditorium talking about how the streets are flooding due to the continuous rains but alas, the show must go on. with talks of streets flooding thanks to the rains falling, but will not let that bother them as the show must go on. Dressing rooms must be cleaned, especially for the hosts. Riders must be checked and double checked. All green M&M’s must be removed from the bowl before the performers arrive. Not even an act of God will stop this one from going down tomorrow.

A few blocks down the road the smell still remains from waters collecting in a few underpasses. The smell of mildew and staleness are all around the city. Drizzle continues to come down, and residents are filled with a sense of unease due to the news that another tropical depression may occur and turn the drizzle into another bout of flooding, almost as if the nightmare will never end. Those in the arena worry not, you see, they will be leaving promptly after the show to their beds in other cities around the world. For them, tomorrow is a beautiful day.

It’s another rainy day in the capital city, and another meal in the convention center for the staff of the concert. Today is different, as today is for the stars to shine!. Today we are graced with the presence of the the head chef who will oversee the catering, dressed in television style chef clothing. His name is blasted as a deep voice welcomes him to the building, his servers are dressed to impress even the finest dignitaries. “Let’s hear it for the chef,” someone yells in the line snaking out the door. Applause from the entire crowd, who are either now enjoying or waiting in line for their jambalaya, crawfish etouffee, corn bisque, mushroom stuffed chicken and handmade gumbo. The bands are starting to show up along with the stars, creating some serious stress for those paid to ensure everything is perfect for them. It’s a war zone in the same area code, a war zone that looks more like a war than it did in vintage 2007 Iraq. Today, things have to be on point or there will be hell to pay. Someone comes in searching desperately for anyone with the ability to find a trash bag for the can in one of the stars dressing rooms, as they had no way to get rid of anything at all and that was absolutely unacceptable. One of the level-headed directors, not worried about trivial things, told the stars assistant “just toss the trash in the can and I will have someone empty the can, problem solved.” 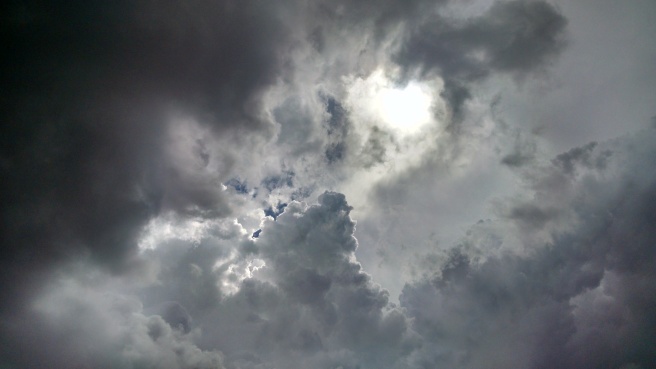 As lunch and dinner finished, warming trays full of four to five-star food would be tossed in garbage cans. Dinner rolls filled up a 55-gallon can by themselves. Thousands of dollars of food thrown away, tossed to join the millions of pounds of debris lining streets from Denham Springs to Lafayette, while those that would “benefit” from this telethon sat next door with their stomachs growling, wishing they had an extra piece of bread and a slice of Bologna or a few number 2’s from McDonald’s. $800,000 would be raised specifically for the flood victims of South Louisiana on a nationally aired telethon while the perfectly good food was thrown away a few hundred yards from those same flood victims.

The Governor and Lt. Governor arrive, they make a brief walk around the dining hall, and head back to the dressing room area and remain holed up awaiting the arrival of the hosts. Everyone is star-struck, including them. A few decent named actors and artists show up and that’s what it’s all about. Two to three hundred workers line up to support the acts, perfectly orchestrated so the American people believe they are donating to something worthwhile. Millions spent to organize this event, only to raise less money for those in need while celebrities tell the nation who to care about and when to care about them, and opening your pocketbook is the only way to show that care. When the telethon is over in just a few hours, the rest of the world will go back to their day to day operations while those that won’t see anything from the donations for months if ever continue to clean up and rebuild.

Selfies take over the show. All in attendance have to have the stars in the background for their newest Facebook post. As the crowd pours in, it’s apparent that only the first several rows will be filled. 400 tickets handed out for a benefit to benefit tens of thousands, and less than 400 would be in the crowd, shoved into the first few rows so the place would look full. They would be directed for when to clap, when to stand up, when to scream. After all, this performance had to look good for everyone else. While cots remained occupied less than two football fields away, seats sat empty. Survivors would have happily filled those seats and their bellies with what was wasted in their name.

An estimated $800,000 was raised for those victims. The Red Cross will figure something to do with that windfall, and the victims will continue to work. Neighbors will continue to assist. This place will be back to normal in a few years, thanks to the real help. Donations from real people, real churches, real organizations collecting items all over the nation and shipping to the region.  After seeing the telethon from the inside, it’s apparent that those companies are in it for the exposure and money, not for those impacted by the trillions of gallons of water dumped on South Louisiana in a matter of hours, or the hurricane-ravaged region of the East Coast, or the burned remains of parts of California. Ratings and advertising revenue for the networks and incoming capital for the largest relief organization on the planet who may or may not spend the money where it needs to be spent. Based on the last time they “helped”, I lean towards may not.